Any retailer knows that the key to creating — and then replicating — successful ecommerce campaigns is measuring their effectiveness. Whether they track revenue or total customer acquisition, retailers have a number of metrics at their disposal to help them estimate the marketing ROI of any “conventional” ad they launch.

Augmented reality (AR) campaigns, which are growing in popularity (mobile AR ad placement, for example, is predicted to go from $1.36 billion in 2020 to $6.68 billion by 2025), are no different.

Even though AR is a relatively new medium, that doesn’t mean that retailers that use it are left in the dark when it comes to evaluating the performance of their campaigns. Quite the opposite. Through AR analytics such as impressions, engagement rate, and dwell time, businesses can measure the exact impact their AR experiences have on their customers — and their bottom line.

Proven benefits of AR for ecommerce

One of the main advantages of AR campaigns over conventional ones is how well people receive them. In a recent study from Ericsson, almost three-quarters of consumers said they are more likely to notice an ad that incorporates AR elements versus one that doesn’t. Crucially, around 70% also noted that they would like to see more AR ads in the future. Considering that most people hate ads, this is huge.

“I’ve been in advertising a long time and I’ve never heard of 70% of people asking for more ads of any kind in any context,” said Jake Moskowitz, head of data strategy and the Emodo Institute at Ericsson.

Users that really like an AR ad may choose to show it to their family or friends. According to Media Post, people share more than half of AR ads they see with others, making AR campaigns one of the easiest ways for brands to encourage word-of-mouth.

AR can also boost ecommerce conversions. Shopify has reported that using 3D models in AR has allowed some brands to increase their conversion rate by 250%. Even more impressive are the results that were seen by the home furnishing company Houzz. Since it implemented an AR app that allows customers to visualise products in their own homes, Houzz has seen an 11x increase in conversions.

Looking at the above benefits of AR, incorporating this technology into your ecommerce strategy may seem like a no-brainer. But how can you actually prove that AR campaigns are working for your business?

The immersive nature of AR can make the metrics you’ve previously used seem redundant. The good news is that, as we have mentioned already, there are plenty of other metrics you can track to measure the efficacy of your AR campaign, be it an AR-enhanced product page, an immersive ad, or a social media filter.

Below are all the AR analytics metrics we provide in our own AR commerce unit, and which you should think about tracking too. Remember that there isn’t one specific metric that is better than others at indicating the success of your campaign. Rather, the power lies in taking a more holistic approach. By looking at all the different data points available, you can draw powerful conclusions about your AR campaigns.

The following AR analytics metrics are useful for tracking shopper interactions on your site’s product pages:

The following AR analytics metrics are crucial for understanding how your AR social commerce campaigns are performing.

As AR continues to evolve, it is likely that the number of metrics available to brands for tracking their campaigns will also increase. However, even right now, AR analytics provides measurable and accurate user engagement data that can give businesses a good indication as to whether their AR campaign is working or not.

Now that you know all about AR analytics, it’s time to create an AR campaign! Not sure where to start? Get in touch with the team at Poplar Studio today to go through all the options available for commerce businesses. 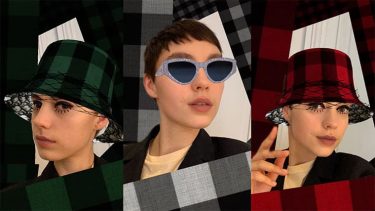 While sectors like furniture, beauty, and eyewear have been offering AR experiences for quite some time, the fashion industry has lagged behind. Mapping clothes to the human body with AR is complicated because you have to ensure that a garment adapts to unique body shapes and moves with the person “wearing” it. Although not yet...

Social media companies like Instagram and Snapchat have already increased reach and revenue for businesses by socialising the customer experience. Now, TikTok is taking the trend one step further by integrating AR into their viral media content and TikTok shopping initiatives. The company’s short-form visual media format has made it a crowd favourite among Gen...