Meet the AR creator behind the NYX brief

Originally from France, but now living in Bangkok, Florian Sabatier is an AR creator and HCI (Human-Computer Interaction) specialist. Not only that, he is also part of our creator community! After two years managing VeeAR – an AR research and development startup – Florian opened Holowisp. Holowisp is a creative agency and art collective specialising in AR and ER. A year or so ago, I reached out to Florian after seeing his virtual headset based Instagram mini-game. I recently sat down with Florian to discuss his latest work with NYX, a brief he won through Poplar Studio.

How did you first get into AR and when did your AR creator career start?

My background is originally in cognitive psychology and HCI. I had the chance to pilot a user research project in VR. This project required me to build a virtual replica of a few factory rooms and equipment in the Unreal engine. This was my first time building XR. It led me down the rabbit hole of learning Unity ARKit/ARCore for the purpose of building AR projects. Being brand new tech, the experience landed me a founder position in a Bangkok startup studio that focussed on AR. A few years on I opened my own agency, Holowisp. We focus on social media AR as that’s where most of the traction is today.

What was required in the brief you won through Poplar Studio?

The Haunted Dollhouse experience for NYX was an interesting case. The initial brief requirement was to display five Halloween makeup looks that the user could navigate between. There also had to be two identical experiences for Instagram and Snap AR experiences. Being an AR creator in Instagram has very tight UI guidelines and limited possibilities. Instagram’s native option picker did not translate over to Snapchat due to UI elements in the same screen area.

This UX challenge was a blessing in disguise, and provided an opportunity to go above and beyond the initial pitch. Instead of focusing on UI compromises, I gambled with the design proposal and went in a new direction. We went with a full 3D dollhouse that would serve as a gateway to explore each look. Luckily, this was a hit with the client as they already had a physical dollhouse built for the promo videos! I proceeded to recreate the dollhouse in 3D adding some flavours and decorations to the rooms. Each room was given a 3D doll which were replicas of the campaign’s models. These were complete with makeup and costumes as seen in the promo videos.

When the filter opens, the dollhouse appears in front of the user. The perspective of the dollhouse then shifts slightly according to the user’s head movement. A visual prompt on the dollhouse incites the user to tap on each room. Tapping a rooms activates a camera zoom, before a quick transition reveals the corresponding makeup on the user’s face.

The intended effect was to absorb the user’s attention into the detailed miniatures. When the user enters the “Halloween World”, makeup is applied to the their face very suddenly. This creates an immersive effect intended to create surprise and delight.

What made you interested in applying to this brief?

For starters, I loved the Halloween theme. Furthermore, as someone who doesn’t use cosmetics, I was more confident creating outlandish makeup looks than subtle makeup effects!

The provided references from the NYX campaign were also jaw droppingly good. While it was a challenge to recreate them accurately, staying on par with the original work quality was a huge motivation. Finally, as an AR creator I’m a huge advocate of making AR experiences immersive in creative ways. The client selected my “dive in” concept and took a risk trying something new. This delighted me and made me want to prove they made the right choice in selecting this approach. There was a lot of pressure. There was a large amount of extra work in a short time frame.

Eventually it successfully reached the finish line and turned out to be a great experience.

What was your favourite part of building this experience?

I enjoyed coming up with all the workflows for the assets creation: How to replicate extremely intricate makeups; creating the dollhouse architecture and decorations; building extra lightweight 3D avatars of the models featured in the video campaign. The most satisfying part is without a doubt putting everything together. Just adding small details and polish to finally see the effect take shape and come to life.

What was the most challenging part of building this experience?

The most challenging part of building this experience was creating all the assets in one month. This was made especially difficult as many assets had to be made from scratch for the Snap version. The size of the project was a constant worry. Being on a short timeline, you can’t really afford to go back and redo early assets to optimise them. Every asset was created with size in mind, which took extra effort. In the end it finished up just under 4MB, but not before a last minute 3D wig request filled the very last kilobytes!

Was the end result of the experience any different to the brief?

Yes, but in a very good way! It’s always great when clients trust you with creative ideas and are open to exploring new concepts. Looking at shared stories, the 3D dollhouse interface seems to have been a success. Most of the videos don’t focus solely on makeup, but also include the dollhouse stage and the makeup selection process.

This is a great case study on how designing for AR and immersive experiences can benefit from exploring new modes of interaction. What began as a concern over button placement became a full feature enriching the overall experience.

A year on, NYX are looking to replicate the concept on their new Halloween campaign. The best proof of success?

Other than the platform this experience was built for, do you build for any other AR platforms?

I’m working with native AR through Unity, but also VR and have recently been looking at interactive 3D web experiences. While new platforms are always exciting, I think most XR developers and any AR creator would agree that it’s getting hard to stay up to date with all the technologies out there. Hopefully we will see a convergence towards a united XR framework in the next few years. Then, we can focus on building great experiences rather than continuously learning new tools!

A huge thank you to Florian for taking the time to speak with me! You can find out more about Florian and Holowisp in the links below. 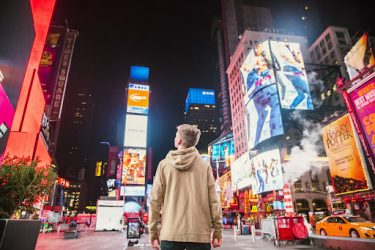 Advertisers today have one big problem: people hate ads. A recent research paper surveying consumers across five countries on how they feel about ads found that only 24% of people agreed with the statement “I like it [advertising] generally; it can be enjoyable.” The rest (76%) said they don’t care either way or dislike ads. ... 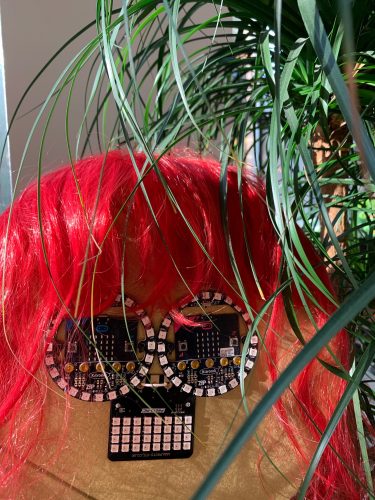 I tend to have lots of silly ideas, and Mrs. Roboto is no exception. The idea emerged while thinking about how to take advantage of Facebook’s Spark AR to connect computer vision technology to the physical world. Fortunately, I’d been introduced to the Neopixel add-on to the BBC micro:bit a few weeks earlier by my...