Advertisers today have one big problem: people hate ads. A recent research paper surveying consumers across five countries on how they feel about ads found that only 24% of people agreed with the statement “I like it [advertising] generally; it can be enjoyable.” The rest (76%) said they don’t care either way or dislike ads.

Although for advertisers, these are undoubtedly depressing statistics, all is not lost when it comes to getting your products in front of customers through ads. The old adage, “people don’t hate advertising, they hate bad advertising” may, in fact, be true.

The challenge is figuring out what distinguishes a good ad from a bad ad. Luckily, the software company Ericsson Emodo has done the hard work for us. According to their 2021 study, a good ad is one that includes immersive elements like augmented reality (AR). Three-quarters of consumers say they would pay more attention to ads with an AR component in them and a similar number want more, not less, immersive advertising.

Customers are burning out on too many ads, to the point where they actively avoid them.

And while companies are shifting their advertising spend toward social platforms, in the hopes that digital natives may be more receptive to ads on channels they spend most of their time on, their efforts may well be wasted. A recent study found that a significant number of young people have cut down on or stopped using social media altogether because they don’t want to be targeted by ads. Similarly, more than half of UK consumers say they would stop using Netflix if the streaming service introduced commercials.

AR advertising, on the other hand, is still relatively new — and therefore interesting. It’s also lifelike, immersive, and interactive, which makes it easier for brands to develop and foster an emotional connection with their customers. Research shows that when companies use AR creatively, brand awareness can skyrocket by as much as 70%, with conversion rates anywhere in the 20% to 80% range.

Perhaps unsurprisingly, AR and other immersive forms of advertising are becoming more and more common among brands that want to stand out in a crowded marketplace, increase their revenue, and build and maintain customer loyalty. For example, when the pet food brand Purina used 3D ads to promote their products, they saw a 6x increase in engagement compared to 2D ads.

Ready to get started with immersive advertising? Here are some ways you can make your advertising more interactive using AR and 3D.

While social platforms allow advertisers to find and target the right audience, most brands miss the mark when it comes to the actual content of the ad. A survey from a few years ago shows that 31% of people think that social ads are uninteresting. A further 27% of users admit that their opinion of social advertising has declined over time.

To stop customers from scrolling past your campaign on social platforms, brands need to prioritise ads that don’t look or feel like regular ads. One way to do that is through AR. If you can create fun and immersive AR experiences, users will engage with them and enjoy them rather than feeling like they’re being advertised to.

There are different types of advertising effects you can do:

Much like regular social media ads, immersive advertising through AR gives advertisers the chance to reach specific audiences. How they can do this will depend on the social platform brands want to advertise on.

On Snapchat, advertisers can use a paid campaign known as a Sponsored Lens to target users based on their gender, age, and “Snap Lifestyle Categories” (such as “parenting,” “music festivals, and “green living”).

Showing up in users’ carousels for the duration of the ad campaign, advertisers can be certain that a specific number of people will see and play with their branded Lens.

Regardless of the type of AR ad you go for on Facebook, it will be featured on the mobile Facebook News Feed. To target specific audiences and ensure it shows up higher on users’ News Feed, brands will need to boost their AR effect.

While TikTok gives you many options to spotlight your brand, branded effects and hashtag challenges will be the most interesting for advertisers looking to make the most out of AR.

In 2019, Google introduced a new ad format known as “Swirl”. These display ads resemble regular ads online, with one crucial difference — Swirl ads allow brands to incorporate 3D objects within them. The user seeing the ad can interact with the 3D object as if it was right in front of them, zooming in and out as well as spinning it around to get a better look at it from all sides.

According to Google, this type of immersive advertising gives brands the chance to show customers unique product features, new technology performance, and any changes in product behaviour.

A few years ago, Poplar Studio partnered with the British automotive brand MG Motor to create a Swirl ad for their then-new vehicle, the MG Hector. The immersive ad showcased a 3D model of the car, rotating by itself as users scrolled down the page. However, users could also spin the car around themselves as well as zoom in and out of it and enter full screen. Impressively, the ad saw 8x higher engagement than other types of interactive media, proving that 3D ads are the future of display advertising.

Immersive advertising is not limited to online campaigns. For brands that want to make their billboards or posters stand out, augmenting them with an image tracker effect is a great option.

An image tracker allows users to scan a specific image on a billboard to trigger an AR experience on top of it. Users can then interact with the experience by tapping on or exploring virtual objects.

A few years back, Burger King came out with an innovative “Burn That Ad” AR campaign in Brazil. As part of the campaign, customers were encouraged to use their phones to scan Burger King’s rivals’ ads to watch them go up in flames in AR. Burger King’s competitors’ ads were then replaced with an offer for a free Whopper, also in AR.

Advertisers can also include a QR code in their billboards which, when scanned, can launch an AR experience.

Getting started with immersive advertising

No customer wants to feel like a brand is unengaging. Unfortunately, traditional ads do little else but reinforce this feeling, which is why the vast majority of customers don’t trust advertising.

The solution is not to ditch advertising completely but instead to make it more engaging. With so many immersive advertising options out there, there is no good reason for brands to stick to boring ads that more often than not never make it past their target audiences’ ad blockers.

Ready to discuss which type of immersive advertising option would suit you best? Get in touch with us today.

This post is a full guide on how to play Harry Potter Wizards Unite. It gives you insight on what Inns and Greenhouses are all about, how you can get Spell Energy and much more! It is a more sophisticated game with an endless amount of features. 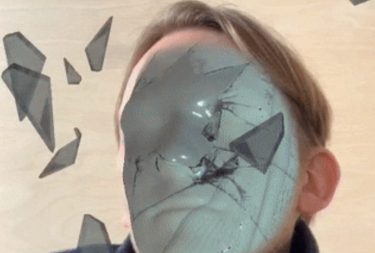 Meet the creator of “Broken” with 41 million AR impressions

Meet Anrick Bregman, interactive director of twenty years with a focus on virtual and augmented reality for the last ten. Anrick has worked as an independent director for many organisations and companies around the world, but lately, he’s focused on researching Augmented and Virtual Reality products and technologies through his studio. We recently had the...