In the UK and in many other countries, restaurants are beginning to reopen, but many still feel a little wary of dining indoors. It’s important, now more than ever, that food service businesses send the message that they are taking customer safety seriously. One way they can do this, while at the same time standing out from their competitors, is by incorporating augmented reality (AR) into their customer experience. It doesn’t matter whether they’re dine-in or takeout or both. All types of restaurants can benefit from this trailblazing technology.

The best part? AR is not going to become redundant after things go back to normal either. Awareness of AR is growing, and it is predicted that by 2025, three-quarters of the global population will use AR frequently. By investing in this technology now, restaurateurs can stay on the cutting edge. Here are five areas where augmented reality restaurant experiences have already proven effective in attracting and maintaining customers, complete with real-world examples.

Better than static menus, augmented reality menus can bring dishes to life — and potentially make customers more likely to order them. In contrast to regular menus, AR menus allow diners to see every detail of a dish, including the texture of products used, portion sizes, and additional information such as ingredients.

The Mexican restaurant group Wahaca was the first restaurant in the UK to roll out an AR menu. Working with Poplar Studio, Wahaca enhanced its physical menus with a QR code, which, when scanned with a smartphone, triggers an AR experience. After being greeted by Wahaca co-founder Thomasina Miers, who tells them how to navigate the menu, customers can see additional information, like pictures and descriptions of dishes, as well as information on ingredients, allergens, and sustainability practices. The experience is based on Web AR technology, meaning that diners don’t have to download any apps to see the menu.

Not only does this extra information give diners confidence in their orders, but it also minimises contact as they’re less likely to have to ask staff questions about the dishes. In addition, a digital payment system linked to the AR menu allows for contact-free payment directly from the customer’s table, making the entire experience more convenient and safer.

In 2018, Domino’s introduced a feature called “New Pizza Chef.” With this feature, customers can create their dream pizza and then preview it in AR before ordering it. Using Domino’s mobile app, customers can choose their crust, cheese, and swirls before selecting virtual toppings — some of which trigger animated characters — and then “cooking” it. The pizza they receive looks exactly like the one they created.

For restaurants that partner with suppliers, AR product launches can be a great way to excite customers and get their attention. Thanks to AR product launches, diners can learn about new products in new and innovative ways, and virtually explore different environments while physically waiting in a restaurant for their friends to show up, or their meal to be prepared.

An excellent example of an AR product launch that kept customers from getting bored is Jack Daniels’ AR experience, promoting their collaboration with the UK-based Slug and Lettuce restaurant chain. Created by Poplar Studio, the WebAR experience could be triggered by scanning a QR code that accompanied every glass of Lynchburg Lemonade.  Customers were then virtually transported to Jack Daniels’ distillery in Lynchburg, Tennessee, where they could look around, learn how the whisky is made, and even dress up as the brand’s founder, Jasper Newton “Jack” Daniel.

Social media AR, particularly in the form of filters, is a growing trend. Already, there were 43.7 million social network AR users in 2020. By the end of 2021, this figure is predicted to increase by more than 3 million (to 46.9) and reach 48.3 million in 2022. It comes as no surprise, then, that future-forward brands are fast combining the two popular digital technologies. Among them are restaurateurs who want to find new and innovative ways to promote their products and delight their customers with engaging experiences.

The fast-food chain Taco Bell shows the power of these kinds of combinations. For the Cinco de Mayo celebration in 2016, Taco Bell launched a Cinco de Mayo Snapchat lens that turned users’ faces into massive taco shells. That Snapchat users were impressed was obvious — the filter had a whopping 224 million views in a single day (or 2,529 people every second), with users giving the filter about 24 seconds of their time before sharing photos and videos of themselves as tacos with their friends. Notably, the bizarre filter broke all previous Snapchat records in terms of views and engagements, making it the number one campaign in the history of Snapchat.

While in the past, restaurants have had to turn to arcade games for adults and colouring books for kids to keep guests busy, nowadays restaurants can achieve that “wow” effect with AR.

For example, a few years ago, the Italian restaurant PizzaExpress incorporated an AR feature into its app to give customers the chance to play a 60-second football match while waiting for their pizza to be made. Similarly, seeing a great opportunity to promote their product, the Robinsons Fruit Shoot, a popular soft drink brand in the UK, used AR to transform childrens’ colouring placemats at a number of restaurants across the country into interactive games. Even takeout restaurants can take advantage of AR. Earlier this year, the American restaurant chain Pizza Hut partnered with Pac-Man to create a limited-edition pizza box that, thanks to AR, brought the retro game to life. Users could scan the QR code on the box to fall down a nostalgia hole.

Not all AR experiences require diners to take out their smartphones. Le Petit Chef, an AR dining experience that has entertained countless guests across a number of restaurants worldwide, instead uses 3D projection mapping technology to create the illusion of a thumb-sized chef preparing your dish right in front of you, thus “transporting you from a snowy landscape to a tropical island, all while staying seated at your table,” according to the promotions’ creators. Besides just enhancing the dining experience and restaurants’ relationship with customers, AR can also improve the overall food wellbeing of diners.

Because AR allows for side-by-side training and is capable of layering extra information on what an employee can see directly, it is also increasingly being used to train employees working in the food service industry.

According to one study, currently, staff at fast-food restaurants spend an average of 296 hours training before they are considered fully ready for the back of the house. During these hours, employees make many mistakes that can negatively affect customer satisfaction and, ultimately, a restaurant’s bottom line. Adding to the problem is the high turnover rate in this sector.

AR training programs can help overcome these issues. For example, according to the study, an employee wearing AR glasses in charge of preparing burgers would be immediately notified when an order comes in and could trigger the burger preparation procedure by one of three triggers: speech to text (voice commands), precise head gestures, or marker-based object detection (two markers, “PLAY” and “REPEAT” positioned on the employee’s gloves).

By using the chosen trigger, the program would guide the employee to the correct ingredient and show them an instructive video on how much of the ingredient to use and how to add it. The employee could then replay the video or watch another one to be guided through the next ingredient. A gamification module could be incorporated into the AR program to improve employee motivation and productivity.

Another study found that AR can be invaluable when it comes to estimating food portion sizes. In the study, AR was proven to improve the accuracy and consistency of standard serve sizes.

For restaurants, the benefits of AR are numerous. In the short-term, augmented reality restaurant experiences can help reassure nervous customers about dining indoors or, in the case of takeout options, encourage foodies to order from them rather than their more traditional competitors.

If you’re ready to embrace AR and would like to learn how to get started with augmented reality restaurant experiences today, get in touch with the team at Poplar Studio. 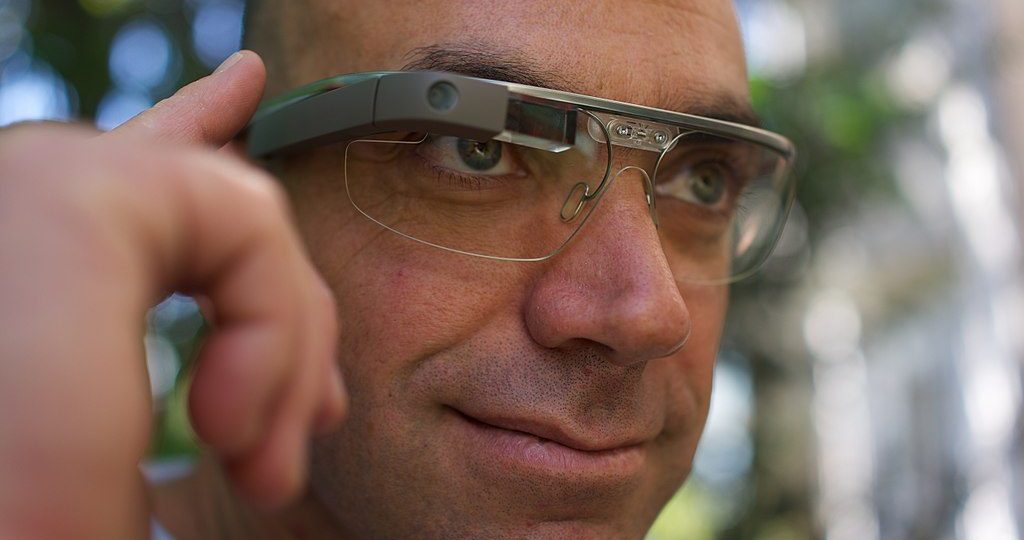 AR smart glasses use cases for consumers: everything you need to know

Back in 2012, the world was buzzing with interest in Google Glass. The next frontier in wearable technology at the time, Google Glass promised consumers the ability to augment their vision with a head-up display rivalling those seen in first-person action games. But Google Glass failed before it could even get to the consumer market....

There’s no doubt that AR is a rapidly growing industry. Big names such as Snapchat and Facebook are helping to fuel this growth by providing their own tools, which allow creators to build their own AR experiences. One such creator is Clay Weishaar, aka WRLD SPACE. When Clay messaged us on Poplar’s Instagram account, I...