With fashion brands constantly looking for new ways to outdo one another, the fashion industry has always been highly competitive. However, whereas in the past clothing companies tried to stand out via engaging marketing campaigns, unique designs, or fancy shop windows, nowadays, many of them are stunning their customers with the help of augmented reality (AR).

Although body tracking is still in the development stage (hence why augmented reality clothing is not yet as prevalent as AR accessories, jewellery, and other products, such as furniture), fashion brands are nonetheless keen to experiment with AR and other digital technologies.

The reason is that AR has been proven time and time again to increase conversions and reduce returns. Studies show that seeing 3D models in AR can boost conversion rates by 250%. Similarly, when shoppers view items in 3D, there is, on average, a 40% decrease in returns. Statistics like these are appealing for brands looking to try something a bit different. After all, the fashion industry has always been known for its innovation.

From AR try-ons to social filters to in-store AR effects, we’ve already covered some of the potential use cases of AR in fashion in a previous blog post. Increasingly, however, fashion companies are showing an interest in digital fashion, a trend that is likely to explode in the near future.

When shoppers come across an item that is part of the trial, they can click the “See My Fit” button and choose a model (size 4 to 18) that most reflects their own body type. The augmented reality clothing tool then virtually fits the model with the product, taking into consideration things like the cut and fit of each item of clothing to produce a realistic, editorial-style image, like below:

The tool allows customers to see how a particular garment will fit them, boosting their confidence in ordering a product that might have caught their eye but that they can’t try on. For ASOS, this means increased sales as well as decreased returns (most shoppers send items back due to poor fit) and costs associated with packaging waste.

During the pandemic, when lockdowns were in full swing, See My Fit also allowed the online-only fashion and cosmetics retailer to keep putting out new items with realistic product imagery without compromising the safety of their models, photographers, and staff.

When most people think of digital fashion, they tend to think of “skins”, virtual outfits that let people change avatars within video games. This is especially true now that high-end fashion brands have entered the digital fashion realm.

In 2019, the luxury brand Louis Vuitton announced a partnership with the popular multiplayer video game League of Legends, owned by the video game developer Riot Games. The collaboration involved Louis Vuitton designing League-themed items for both the in-game universe and the real world.

The first physical design Louis Vuitton created was a case for the Summoner’s Cup, a trophy awarded to the winners of the yearly League of Legends World Championship. In the words of Riot Games, the case featured the “savoir-faire” you’d expect from Louis Vuitton as well as cutting-edge, high-tech elements associated with the League of Legends world.

Louis Vuitton also designed in-game character skins, available for purchase by League of Legends users for around $10. For example, one of the skins, dubbed “True Damage Qiyana Prestige Edition”, features a hip-hop-inspired outfit complete with lace detail, huge gold earrings, and a weapon that is covered entirely in the unmistakable Louis Vuitton pattern.

That same year, Louis Vuitton released a real-world capsule collection branded as LVxLOL, with 47 items inspired by the game ranging in price from around $170 for a scarf to $5,650 for a leather jacket.

Just an hour after the collection was launched, all the products had sold out in Louis Vuitton’s European online shop.

Going back to skins, Marc Jacobs and Valentino did something similar in 2020, when they came together with Kara Chung, a photographer and the mastermind behind the Instagram page @AnimalCrossingFashionArchive, to re-create their real-life collections in everyone’s favourite lockdown video game.

3. Sell your collections as NFTs

The digital market space is not limited to character skins in games.

In 2021, the world-famous fashion brand Dolce & Gabbana made headlines when it auctioned off a collection of luxury fashion non-fungible tokens (NFTs) along with some physical pieces for around $6 million.

The nine-piece digital/physical collection titled “Collezione Genesi” (the Genesis Collection) consisted of five physical couture items and four digital-only products personally designed by Domenico Dolce and Stefano Gabbana. Each physical piece was also recreated virtually for display in the metaverse by UNXD (a luxury marketplace that hosted the collection).

For example, the physical “Dress from a Dream” took thousands of hours and nine different seamstresses and embroiderers to make and came in two different versions — gold and silver. Both versions were available as digital fashion pieces, as well.

On the other hand, the virtual-only piece “The Impossible Tiara,” a rare crown that can only exist in the imagination, was, according to Dolce & Gabbana, made from “gems that can’t quite be found on Earth.” It ended up selling for 99.99 Ether (more than $350,000 at the time).

The Italian luxury fashion brand is not the first brand to sell its clothing and accessories as NFTs.

In 2019, the digital fashion house The Fabricant collaborated with the artist Johanna Jaskowska and the blockchain developer Dapper Labs to create a dress titled “Iridescence.” The dress was the “world’s first piece of digital couture” and sold for $9,500 via the blockchain. And although the below image of a model wearing it looks super realistic, remember: the dress doesn’t actually exist.

At the moment, fashion brands focus almost exclusively on producing and selling physical garments. But in the near future, they may choose to make at least some of their collections purely virtual.

Already, digital fashion stores like DressX allow customers to buy augmented reality clothing that exists solely on our screens. Whether it’s a “lava catsuit” or a “show-stopper sun hat,” the 3D digital fashion pieces for sale on DressX are never mailed to the customer. Instead, they are photoshopped onto a user’s chosen pictures to be posted online.

At the moment, DressX has more than 1,000 items for sale (some of them so lavish and strange they could not exist in the real world) by such designers as Gary James McQueen and Patrick McDowell. However, DressX is also in talks with more traditional brands. According to DressX co-founders, all brands will, sooner or later, want to launch a new category of screen wear.

Just as in real-life stores, the pricing on DressX varies from one augmented reality clothing piece to the next, with some items selling for as little as $2 and others for thousands of dollars. The cost can also depend on exclusivity. For example, a unique dress from DressX’s NASA collection sold for almost $4,000, whereas the same dress in a different colour and unlimited availability can be gotten for just $35.

Not only is digital fashion more sustainable (why make a garment that is only going to be worn a few times), it is also more cost-effective. Recently, DressX partnered with several real-life brands, such as Buffalo London footwear, to create digital clothing for influencers. This meant that rather than having to send clothing samples to, say, 100 influencers (and produce these samples plus pay for their shipping costs), the brands could instead “dress” influencers digitally.

Ready to start with digital fashion?

While not everyone is on board with digital fashion and augmented reality clothing, there’s no denying that this still relatively new concept is set to change the industry for good.

Besides, as demonstrated by ASOS’ “See My Fit” tool, augmented reality clothing can also come in handy for the more traditional customers who may not be sure whether the piece they’re eyeing online will fit them.

Ready to think about integrating augmented reality clothing into your business strategy? Drop us a line today for expert advice on how you can make the most out of digital fashion. 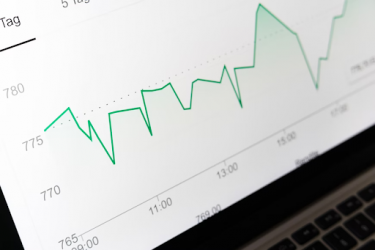 Augmented reality has been quickly gaining traction in the sports world. AR is being used across the board to improve broadcast coverage, enhance the fan experience, promote sports events and sponsors’ products and even train athletes. At this time, AR is particularly powerful for marketing use cases, due to the fact that there are currently...